Intelligent Design is a controversial theory methodology aiming at identifying features of the universe bearing marks of an agency.  According to Bill Dembski and his fellow design theorists, two conditions must be present before detecting design:

Complexity is never enough for identifying a designed system: a heap of rocks randomly arranged near a mountain can have an extremely complex shape, yet it is a fully natural feature of nature. 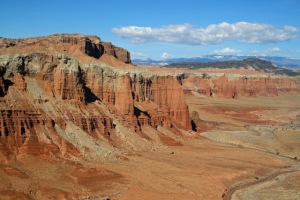 Specificity alone is also not sufficient:  if I randomly select four letters among four hundreds and find the word “h-a-n-d” on my palm, the information is specific, but not complex enough for being the product of design.

But if I choose out forty letters and read “The son of Lothar is of divine origin”, I have good grounds for supposing it is either true, or that someone is playing a trick on me.

For establishing the validity of criterion a),  IDists  try to prove there is no way such a structure could have emerged by chance in our universe.  One obvious problem concerns the well-known ability of natural selection to give birth to extremely complex systems displaying elegant functions.

Here, I shall shove this difficulty aside and take the infinity of the universe into consideration. According to numerous models of the multiverse or the Big Crunch, many cosmologists think there are no boundaries to the space we live in.

And if this is so, each event physically possible is going to happen somewhere due to Chaos Theory and the law of the great numbers.

Frightening examples are the famous Boltzmann’s brains, which are brains which pop into existence without having first evolved.

Even if the mechanism of natural selection were very weak, as extreme proponents of Intelligent Design assert, the most complex biological structures they worship would irremediably come into being within an infinite Cosmos, without any help from an intelligent designer.