Answering such a question proves much more difficult than many people like to think.

The famous Skeptic of parapsychology Richard Wiseman from Britain was once asked why he rejected Extrasensory Perceptions (ESP) and specifically remote viewing. His answer was very revealing:

“I agree that by the standards of any other area of science that remote viewing is proven, but begs the question: do we need higher standards of evidence when we study the paranormal? I think we do.

“If I said that there is a red car outside my house, you would probably believe me.

“But if I said that a UFO had just landed, you’d probably want a lot more evidence.

“Because remote viewing is such an outlandish claim that will revolutionize the world, we need overwhelming evidence before we draw any conclusions. Right now we don’t have that evidence.”

Such an approach to anomalous phenomena is often backed up by the legendary Bayes’ theorem, according to which one can actualize the likelihood of the truth of a theory by incorporating the information conveyed by new facts.

I’m going to keep a critical examination of the related philosophy Bayesianism to future conversations.

In the second book of the Narnia series “The King Of Narnia“, the famous writer C.S. Lewis completely rejected this method. The young Lucy came into Narnia, a parallel world, after having hidden within a wardrobe. Back in the house, she ran to her siblings who utterly denied the reality of her experience.

Worried that their small sister kept holding fast on the truth of her incredible story, they searched Professor Kirke who rebuked them for not trusting Lucy. After they retorted that her claim was extraordinary, he replied:

That is to say, for the old wise professor, normal evidence was sufficient for vindicating the wild claim of the little girl. 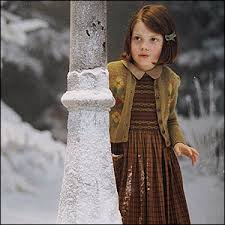 At this point, I am kind of confused about both principles.

On the one hand, it is clear one should always take our background knowledge into account before evaluating a new hypothesis or theory.

Let us now see some concrete examples of well-known phenomena which were rejected in the past due to their alleged extraordinariness. Saying in hindsight they weren’t extraordinary after all would be all too easy for this was the way they were perceived by scientists at that time.

The existence of meteorites was once thought to be an outlandish claim and the normal evidence was explained away in terms of purely terrestrial phenomena or witness hallucinations.

In 1923 the German geologist Alfred Wegener found normal evidence for continental drift, but failing to present a mechanism which worked, his theory was ignored and even ridiculed during decades. 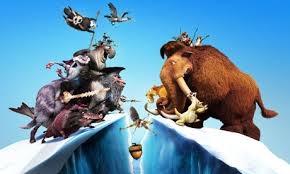 The same thing could be said about ball lightnings which were often dismissed as stemming from illusions or hallucinations experienced by the witnesses.

Nowadays a similar phenomenon can be observed for the small proportion of flying objects which are truly unidentified.

If extraordinary claims demands extraordinary evidence, then UFOs (in the present) does not and continental drift, meteorites and ball lightnings did not (in the past) exist.

But if one only seeks for normal evidence, a strong case can be made that some UFOs (according to the original definition as “unidentified”) really exist. I am going to explain this in future posts.

We will also explore together the possibility that there really exists normal evidence for the resurrection of Jesus of Nazareth.