The harmfulness of ACE

Jonny Scaramanga, a former British Christian fundamentalist, called my attention to the abusive nature of a particular form of conservative Protestant education called “Accelerated Christian Education” or ACE in short.

Jonny’s blog should really be viewed as an example of how Christians and atheists ought to interact with each other.
Despite all the traumatic experiences he went through, he remains extremely respectful and kind, and I highly advise Christians to visit his blog and Youtube channel in order for them to realize the real ordeal a fundamentalist upbringing can be. 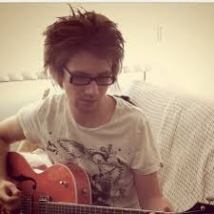 ACE aims at furnishing an individual Biblical education adapted to the abilities of every child. In comparison to high schools which are supposed to produce illiterate teenagers, ACE presumably leads kids to develop a Christ-like personality.
Of course, most Christians should view this promise as deceitful since it is obvious that children have always the choice to decide themselves against the Good and lead a selfish lifestyle.
I strongly doubt that statistically speaking, there is a real difference between children raised in a good Christian home and children raised by loving godless parents having a commitment for humanitarian causes.

In another video, it is pointed out that God has created every kid with his or her unique features and has a wonderful plan for him. Consequently his academic needs to be “diagnosed”.

Even if it is off-topic, I cannot help but remark there is a huge irony here. Proponents of ACE emphasized the value and worth of the human individual but fail to tell us that, according to their theology, a huge number of the wonderful babies they show us are going to end up in hell where they will be tormented forever.

Jonny criticizes both the secular (methodological) and religious aspect of ACE.

He pointed out that the ACE of fundamentalists is based on the radical behaviorism of B.F. Skinner, which I find extremely ironic since Skinner was a hardcore materialist denying mental causation.
Jonny rightly exposes the unethical aspect of raising children with rewards and punishments as if they were animals to be tamed.

He also correctly notes that ACE (and fundamentalist homeschooling in general) really hinders children from developing a social life, leaving them with a big handicap as they will enter the professional world.

As for the religious aspect, he showed how ACE teaches creationism and presents many non-senses (springing out of a literal reading of the Bible) as established facts. He also explained that ACE teaches people what to think and to learn (most often fictional) facts instead of showing them how to think by themselves and critically analyze data and ideas.
He went on and pointed out the obvious truth that such a “knowledge” is of no use whatsoever since people will have forgotten all these things as adults.
Jonny summarizes very well what a good education should be: learning to evaluate truth claims instead of learning their content.

Globally I have a very positive impression of his blog which is far from websites of hateful anti-theists such as Dawkins or Jerry Coyne. He makes a real effort to understand the fundamentalist mindset and seems really willing to help persons going through the same ordeal instead of just expressing his frustration and anger (like folks at DebunkingChristanity usually do).

Finally, I want to point out that progressive Christians such as myself also constantly combat the abuses and atrocities caused by fundamentalist education and brain-washing.

Progressive Evangelical theologian Randal Rauser wrote an excellent article exposing all the flaws of the “Truth Project” which is a fundamentalist “education” for adults.

As a rule, I think that everyone ought to fight abuses and injustices wherever she finds them, especially if they are committed by individuals sharing her worldview.
There are Christian, Muslim, capitalistic , communist and antitheistic extremists and all people cherishing liberty and love should join their forces to keep them at bay and limit the psychological damages they cause.

I know that some of points are controversial and I’m looking forward to having an interesting dialog with people having other opinions.