Unjust violence and misogyny in the  old testament

He did an excellent job showing why the usual strategies of Conservative Evangelicals such as Paul Copan and William Lane Craig completely fail to show that the god they worship is not a moral monster (or does not suffer under a split-brain disorder).

I don’t, however, share his pacifist convictions. I believe in Just War Theory and in the righteous retribution of wicked deeds.
So it is not the presence of violence within the Bible which shocks me but atrocities committed against innocents, such as Canaanite babies or toddlers, or a law stipulating that a raped woman having not dared scream should be stoned as a adulteress. 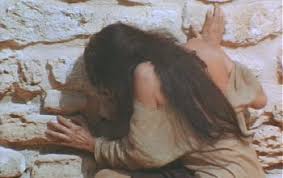 I think there is just no way one can defend such kinds of laws as stemming from God.

Now this raises lots of question concerning the inspiration of Scripture. If we know there are clearly parts of it which contradict God’s will, how can we trust the others?

I think that a paradigm shift is clearly necessary.

Evangelicals should stop seeing the Bible as being necessarily more inspired than other Christian and Jewish books, as I explained in a prior post a long time ago.

Such a change does not, however, inevitably implies embracing theological liberalism and anti-supernaturalism.

To take a concrete example, I read the books of the apostle Paul in the same way  I read books from C.S. Lewis: I believe that both were examplary Christians, great defenders of the faith and extraordinary men, and the presence of logical, empirical and theological errors in their writings does not prevent me at all to appreciate all the right things they figured out.

But if we don’t believe that the books within the Biblical Canon are more inspired than books outside it, how can we make the difference between right and wrong beliefs about God?

While I cannot speak for all progressive Christians, I believe that we should base our theology on the fact that God has to be perfect in order for Him to be God. Even tough human beings are faillible creatures they are quite able to recognize perfection and to find out what is morally right and wrong as Saint Paul explains in the first chapters of the letter to the Romans.

Even if the books of C.S. Lewis are not inerrant, most Christians agree he was an extraordinary man of God, had many genuine spiritual experiences and reached profound insights in God’s nature.

But God did not directly speak through him, he used his own culturally-conditioned concepts to write about the Almighty, which involves he also got God wrong at times.

I view the Apostle Paul and other Biblical writers in exactly the same way: like modern Christian writers, they had genuine experiences with and thoughts about God they wrote down.

Of course such an approach does not eliminate all difficulties.

For why did people pretending to be believers commit atrocities they justified theologically? Conservative Protestants (and former ones) focus on the problem of atrocities in the Old Testament, but this is only one part of a more general difficulty: the problem of divine hideness.

Christian conquistadors viewing the slaughter of native Indians as the divine Will or isolated tribes routinely sacrificing their children to their deities are troubling as well.
For in all these situations, God allowed countless humans to have noxious and murderous false beliefs about Him.

While I cannot address such a huge problem with a few lines, I believe that God is able to redeem the suffering of all the victims of religious violence who just have to choose Him for an everlasting bliss.

Whilst this does not solve the problem, I find that this largely mitigates it. 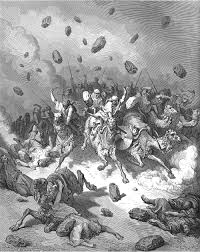