Skip to content
Home“Sinful” homosexuality and the Golden Rule

GalactingExplorer gave us a nice summary of how the principle “hating the sin while loving the sinner” can be perceived by homosexuals, bisexuals and transsexuals who are confronted by Conservative Christians.

“I feel like something needs to be said about hate-speech. I don’t mean Westboro Baptist Church picket signs or the crazed ramblings of TV show hosts trying to blame natural disasters on a small minority of the U.S. population. I’m talking about the polite words, the “loving” phrases that may Christians use that they may not realize are extremely hurtful and cruel to the recipients. I want to talk about all the ugly messages and meanings that are often conveyed through this speech that many probably aren’t even aware of.

Let me be clear that the purpose of writing this is not that I can’t handle hearing anything negative or that I’m trying to avoid getting my feelings hurt. Although I think those are valid reasons to avoid offensive language, this isn’t just about me. I can handle a little rudeness. My real interest is being able to clear the way for a more open dialogue between Christians and members of the LGBT community. This dialogue will not be possible until people on both sides learn how their language is impacting their fellow human beings. I want a conversation that inspires understanding, good-will and trust. Instead, so many conversations breed defensiveness, hurt, and anger. If you are a Christian and you are really interested in being welcoming and accessible to your gay, bi, or trans peers, please listen. This is for you.

Note: in this installment I am focusing on the LGB of LGBT . There will likely be other articles in which I will spend more time addressing more trans-specific issues.

“Love the sinner, hate the sin.” This phrase has long since worn out its welcome in the LGB community, but it is still commonly used by Christians hoping to voice their objections to homosexuality in a loving, non-threatening way. It seems the most popular go-to phrase for religious people to make their convictions known without lumping themselves into the group of hate-mongers. “I cannot betray what I believe, but that does not mean I am unloving about it.” But to someone like me, “love the sinner, hate the sin” is the opposite of loving. If good will and dialogue is to open between LGB folks and Christians, and especially for those that straddle both groups, this phrase needs to be permanently retired. Here’s why.

1) However kindly and respectfully you treat us, I promise you, there is someone else who has used that exact phrasing as a shield behind which to bludgeon us. It is more common than you might think. As a result, it’s hardly surprising that many of us have a reflexive recoil reaction to those words. However, if the sentiment itself were a good one, then a few extremists misusing it shouldn’t be reason enough to abandon it. Unfortunately the sentiment is not good. It is toxic.

2) The word “hate” is loaded with negative meaning. LGB folks are at high risk of hate-crimes, hate-speech, and hate-group fueled harassment. We are told that “God hates fags” and were possible treated with hatred by our families, friends, or communities. And you want to introduce the word “hate” into a conversation about us that is supposed to be loving? It doesn’t matter that your hate is directed at our “sin”. We can all agree to hate evil acts, but remember, many of us may not believe that our orientation is evil. You are targeting an important and meaningful part of our identities and telling us that you hate it. Imagine being told by a supposed friend or colleague “I hate Christianity.” Does it make you feel startled, uncomfortable, defensive, and uneasy? Yeah, we feel the same way when you do that to us. Hate never feels loving.

3) Why don’t you start hating your own sins instead of mine? I know, I know. Every time I bring this up, most Christians will insist that they do hate their own sins and will hurry to assure me that they are an imperfect sinner too, and they have sins that they struggle with. But that’s generally where the conversation ends. They may pay lip-service to the idea of treating all faults equally, but in honestly, they generally have no desire to talk in depth about these alleged sins. Indeed, I generally don’t want to hear about your pet sins because I recognize that it is personal and it is not my place to force you to face whatever private demons you have in your life. I would appreciate the same respect in return. Saying “I’m a sinner too” does not give you free pass to be everyone else’s personal sin police. Instead of focusing on homosexuality as the #1 sin that needs to be hated vocally, why don’t you spend that time hating your own sins in private? Start with the sins of judging and pride (and if those accusations make you feel defensive because you don’t feel you are guilty of them, now you know how it feels when Christians accuse me of sins that I do not believe are wrong.)

4) These words make a major assumption that the LGB person you are talking to is actually engaging in homoerotic activities. This is not necessarily true, and it is insulting and degrading to reduce a person soley to a stereotype of their assumed sexual habits. I had people telling me how they loved me but hated my sin long before I ever engaged in some form of homosexual activity. So that begs the question: is it just being attracted to someone of the same sex that is the sin? Is it loving them? Kissing? Just existing as a gay person? Or do you honestly assume that when I say “I’m gay” I am having sex every night? Regardless, inferring and judging my actions based on my orientation is pretty much as insulting and ignorant as meeting a Hispanic person and asking them which part of Mexico they’re from.

5) We really don’t need to know whether or not you approve of our identity or relationships. It baffles me why people feel the need to comment on some personal part of my life uninvited, even in a “loving” manner. Trust me, I am aware that there are plenty of people who believe that homosexual acts are a sin. I’ve heard it before. Not a single gay person can really get away from it in this country. So why do you feel the need to tell me “I love you, but I really don’t agree with what you are/do?” I do not immediately feel the need to de-convert Christians when I find out they are religious. I don’t make disparaging comments to my friends about their husbands or wives simply because I do not approve. I would never tell someone “well, I think blacks are inferior, but I still like you.” So why has it become socially acceptable for Christians to single us out for disapproval? It is disrespectful and uncalled for. We don’t need your opinions on our lives, we just want your respect. And respect, by the way, is worth a hell of a lot more than passive-aggressive “loving”.

I know that Christians have a need to be a little defensive around the topic of homosexuality since there are many loud voices in the religious community that have sullied Christian beliefs with hate. Many Christians just want a way to state their beliefs while simultaneously distancing themselves from these extremists. But if there is to be healing and unity, LGB people need Christians to back away from the dogma a bit. How about you set the doctrine aside and just focus on love and respect? I promise, it will be a lot more fruitful than “loving the sinner and hating the sin.” And didn’t Jesus say that you will know what is good by their fruits?”

I largely agree with this and feel ashamed I had lots of prejudices against gay people in the past (even as I was an atheist). This stemmed from the fact I did not know one personally.

Now I have a question to all my fellow Christians.

How would you react if an anti-theist went to you and told you:

“Look, I love you very much as a person but I hate your god virus called Christianity. While I cannot pray, I really hope you will be cured very soon”  ?

I would feel very offended and would want to see strong evidence that my progressive Christianity is a harmful delusion.

If Conservative Christians want to assert that homosexuality can be likened to pedophilia, they have a heavy burden of proof.

As far I can tell, they have lamentably failed in that respect if one considers lifelong committed gay relationships.

Now I would be thankful if everyone participating in this discussion will treat his or her opponents with respect.

I hope there will be a vivid conversation but I don’t want my blog to turn into a battlefield. 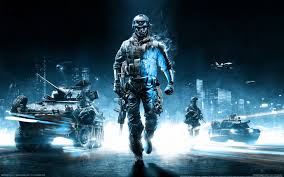 38 thoughts on ““Sinful” homosexuality and the Golden Rule”