I recently listen to an interesting conversation between Chris Date (from RethinkingHell) and Greg Crofford about a new book of Greg entitled: The Dark Side of Destiny: Hell Re-Examined.

Chris Date is a Conservative Evangelical (and a Calvinist!) holding to the teaching of conditional immortality and hell meaning utter destruction. 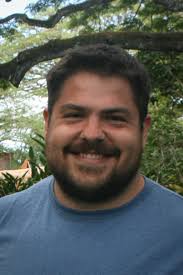 He is a very brilliant, bright and insightful man and he represents the most defensible and respectable form of reformed theology I am aware of. His blog  http://www.theopologetics.com/ is worth checking out.

Greg pointed out that the doctrine of eternal torment gives us a very dark picture of God which emotionally hinders many people to seek a deeper communion with Him.

He laid out a pretty interesting argument against endless torture:

He explained why the authors of the New Testament (if interpreted in their historical context) most likely saw immortality as God’s gift the wicked ones will not inherit.

I started out disagreeing with him as he began criticizing universalism, which he seems to equate with inclusivism, the view that non-Christians will be given a chance to respond to the Gospel after their deaths.
Both notions are, however, far from being identical.

I am an inclusivist but not an universalist because I consider it very likely that at least some people will reject God beyond the grave.

Yet as Randal Rauser pointed out, this is an extraordinarily offensive assertion.

“They attacked the towns and spared neither the children nor the aged nor pregnant women nor women in childbed, not only stabbing them and dismembering them but cutting them to pieces as if dealing with sheep in the slaughter house. They laid bets as to who, with one stroke of the sword, could split a man in two or could cut off his head or spill out his entrails with a single stroke of the pike. They took infants from their mothers’ breasts, snatching them by the legs and pitching them headfirst against the crags or snatched them by the arms and threw them into the rivers, roaring with laughter and saying as the babies fell into the water, ‘Boil there, you offspring of the devil!’”

Now against this backdrop turn to the encounter between a cacique (or tribal leader) and his Franciscan captors. In this encounter Hatuey, the cacique, has been told he will be executed (for no greater crime, it would seem, than not being Spanish), but that he can still save his soul before his body is slain:

“When tied to the stake, the cacique Hatuey was told by a Franciscan friar who was present, an artless rascal, something about the God of the Christians and of the articles of Faith. And he was told what he could do in the brief time that remained to him, in order to be saved and go to heaven. The cacique, who had never heard any of this before, and was told he would go to Inferno where, if he did not adopt the Christian Faith, he would suffer eternal torment, asked the Franciscan friar if Christians all went to Heaven. When told that they did he said he would prefer to go to Hell.”

It is extremely blasphemous to state that Hatuey won’t have any chance to reach heaven.

So I think that the above reasoning can be turned on its head:

(Of course many people would contest 2), thereby invalidating the conclusion).

Finally Greg pointed out that the parable of the foolish and wise virgins has to be taken at face value, thereby showing that people not having chosen Christ during this life won’t be given a second chance.

A huge problem is that as a conservative Protestant, there are quite a few things in the Bible that Greg cannot interpret literally.

The parable of the sheep and the goats illustrates that very well.

“31 “When the Son of Man comes in his glory, and all the angels with him, he will sit on his glorious throne. 32 All the nations will be gathered before him, and he will separate the people one from another as a shepherd separates the sheep from the goats. 33 He will put the sheep on his right and the goats on his left.

34 “Then the King will say to those on his right, ‘Come, you who are blessed by my Father; take your inheritance, the kingdom prepared for you since the creation of the world. 35 For I was hungry and you gave me something to eat, I was thirsty and you gave me something to drink, I was a stranger and you invited me in, 36 I needed clothes and you clothed me, I was sick and you looked after me, I was in prison and you came to visit me.’

40 “The King will reply, ‘Truly I tell you, whatever you did for one of the least of these brothers and sisters of mine, you did for me.’

44 “They also will answer, ‘Lord, when did we see you hungry or thirsty or a stranger or needing clothes or sick or in prison, and did not help you?’

46 “Then they will go away to eternal punishment, but the righteous to eternal life.”

Taking this parable at face value would lead one to believe that works play an important role in salvation, a doctrine Evangelicals passionately detest.

More importantly perhaps, this parable teaches that people having never heard of Christ were serving Him while doing good deeds and will usher into His holy presence.

That aspect aside,Greg Crofford seems to be a good and sensible practical theologian and I advise my readers to take a look at his works.

17 thoughts on “The dark side of destiny”