Nowadays faith is under attack and the word has become (in some Western circles) one of the most offensive insult somebody could utter.

There is no consensus about this question because the word is ambiguous and understood differently by many people.

Christian rationalists such as W. H. Griffith-Thomas (1861-1924), a noted Anglican theologian, defined it in the following way:

“[Faith] affects the whole of man’s nature. It commences with the conviction of the mind based on adequate evidence; it continues in the confidence of the heart or emotions based on conviction, and it is crowned in the consent of the will, by means of which the conviction and confidence are expressed in conduct.”

Faith is holding on to things your reason has once accepted, in spite of your changing moods.

The New Atheism and scientism

On the other side of the worldview spectrum, Richard Dawkins (the Pope of militant atheism) defends the opposite position. 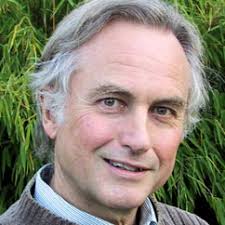 The meme for blind faith secures its own perpetuation by the simple unconscious expedient of discouraging rational inquiry.

I want to examine that dangerous thing that’s common to Judaism and Christianity as well: the process of non-thinking called “faith”.

Faith is the great cop-out, the great excuse to evade the need to think and evaluate evidence. Faith is belief in spite of, even perhaps because of, the lack of evidence. 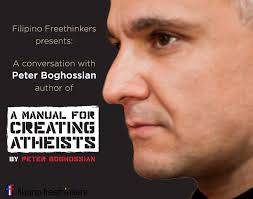 [Faith is] pretending to know things you don’t know.

Faith is not a virtue; faith is an epistemology. Once we understand how faith is an epistemology, everything changes. Because then you’re talking about knowledge, then you’re talking about how people know something. People who make faith claims are making knowledge claims; they’re trusting, for example, in Jesus. “I trust that after I die, I’m going to heaven and be with all of my relatives and Jesus.” Once somebody makes that claim, that’s a knowledge claim. So when you understand that, you can target their epistemology and help them see that that’s just a delusion.

I still feel that faith—belief in the unevidenced—is a disease that requires a societal cure, for it’s always better to have good reasons for what one believes.

He summed up the presuppositionalist approach of folks such as Alvin Plantinga:

There is nothing per se wrong about believing without evidence. Any foundationalist will tell you that. (And many if not most epistemologists today adopt a foundationalist theory of noetic structure. Problems only arise when you believe a putative basic belief despite a strong defeater for that belief, or when you believe a non-basic belief without evidence. For more you can see my debate with Chris Hallquist.)

The necessity of basic beliefs

The main argument for foundationalism can be summed up as follows:

1. We are justified in our belief that we really know many things about the reality we see around us.

2. To avoid circularity and infinite regress (see the Muenchhausen’s trilemna) there must be basic beliefs in need of no further justification.

3. It follows from 1 and 2 that there are such basic beliefs.

Now it is extremely controversial (to say the least) that belief in God (let alone in a particular religion) can be considered as properly basic.

But the existence of basic beliefs seems to be extremely sound.

Let us consider the possibility that you are a brain in a vat in a simulation being carried out by an unknown scientist.

Now it is true that there might be facts showing this to be the case.

But try for a few minutes to show this is extremely unlikely.

I bet you cannot do this without begging the question and already assuming things about the real world.

You cannot say, for example, that the blog you are reading is so brilliant and amazing that it must surely stem from a real human genius.

For any beinglargely outshining the intellectual abilities of our species could program the content of this blog in the software running your brain.

(Don’t worry too much about the mental health of the real author of this blog, for he only holds such beliefs about himself after having spent the whole evening sniffing coke and drinking white wine).

The problem with knowledge

It is true that even if we cannot justify our belief we are not a brain in a vat, we almost always feel confident this is not the case.

I am not a foundationalist because I do not buy that a belief without any grounding can be called “knowledge” (in the objective, absolute sense).

So I would turn the above reasoning on its head.

1. To avoid circularity and infinite regress (see the Muenchhausen’s trilemna) there must be basic beliefs in need of no further justification.

2. There are no such basic beliefs

3. Thus there is exist no objective and absolute knowledge

According, to my pragmatic epistemology, we are justified on pragmatic grounds to adopt basic beliefs without which we cannot make sense of the world and our life.

Faith as hope in the face of insufficient evidence

This leads me finally to explain how I view faith.

Faith is the hope in some extremely desirable things even if the evidence is not sufficient for concluding.

Given such a definition, faith does not necessarily have to be irrational and I would say that every human being walks by faith.

It also seems to perfectly fit how most Christians (at least in Europe view their faith). While there are interesting arguments for the existence of an immaterial world, of God and of His incarnation in Jesus of Nazareth, there are also counter arguments, and neither camp seems to dispose of compelling reasons.

Finally I want to conclude with the definition of faith one can find in the book of Hebrews, the one that Peter Boghossian heavily criticized for its alleged irrationality.

“Now faith is confidence in what we hope for and assurance about what we do not see. 2 This is what the ancients were commended for.”

I am not a proponent of Biblical inerrancy and view the author of Hebrews as a great Christian writer inspired in the same way as C.S. Lewis (who was arguably the greatest Christian apologist of the past century) was.

So I am quite open for the possibility that both of these authors made mistakes.

That said, I am far from being certain that the author of Hebrew really meant that faith creates evidence out of nothing.

He could have meant that faith is a subjective trust in a hope which is based on evidence (such as miracles, and the life, death and resurrection of the Son of God) and an invitation to go beyond the rational arguments which are not enough to conclude.

If so, there is no reason to think that such a faith is irrational.

As argued above, almost all humans feel confident that they are not a brain in a vat even if it cannot be justified without begging the question.