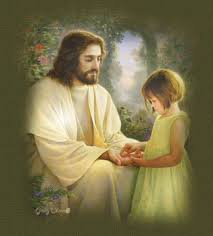 As I pointed out previously, Christian fundamentalists and former fundamentalists having turned into militant atheists have the very same view of the Bible for what concerns morality and theology. Every command attributed to God is completely consistent with the others and the truth of Christianity (or the moral character of God) stands and falls with the validity of the smallest allegedly divine order find within the pages of Scriptures.

But is it how Jesus viewed things?

36 “Teacher, which is the greatest commandment in the Law?”

Jesus did not tell to the asking person:

„You should stone your disobedient children.“ or

„Fool! How dare you ask such a silly question to me! Every command is equally important!“

But he said that the entire Jewish Law can be traced back to love for God and love for one’s neighbour as for oneself. And the Sermon on the Mount makes it clear that our enemies also belong to our neighbours.

The phrase „And the second is like it“ is particularly intriguing.

It is very likely that Jesus meant that the purest way of loving God is by loving the people he created in his image. This aspect is particularly visible in one of Jesus’ descriptions of the final judgement:

„But when the Son of Man comes in his glory, and all the holy angels with him, then he will sit on the throne of his glory. 25:32 Before him all the nations will be gathered, and he will separate them

one from another, as a shepherd separates the sheep from the goats. 25:33 He will set the sheep on his right hand, but the goats on the left. 25:34 Then the King will tell those on his right hand, ‘Come, blessed of my Father, inherit the Kingdom prepared for you from the foundation of the world; 25:35 for I was hungry, and you gave me food to eat. I was thirsty, and you gave me

me, you cursed, into the eternal fire which is prepared for the devil and his angels;

This passage sounds certainly hard, but it shows it is all about love: non-believers having loved the poor people are called into the presence of the Lord whereas believers having ignored their needs are driven out of His presence.

Now we have to deal with a troubling passage:

18“For truly I say to you, until heaven and earth pass away, not the smallest letter or stroke shall pass from the Law until all is accomplished. 19“Whoever then annuls one of the least of these commandments, and teaches others to do the same, shall be called least in the kingdom of heaven; but whoever keeps and teaches them, he shall be called great in the kingdom of heaven.

It is very easy to find commands in the Torah not only failing to foster love but also going in quite the opposite direction.

Jesus seemed to be well aware of this as he said

38 “You have heard that it was said, ‘Eye for eye, and tooth for tooth.’[a] 39 But I tell you, do not resist an evil person. If anyone slaps you on the right cheek, turn to them the other cheek also. 40 And if anyone wants to sue you and take your shirt, hand over your coat as well. 41 If anyone forces you to go one mile, go with them two miles. 42 Give to the one who asks you, and do not turn away from the one who wants to borrow from you.

While not explicitly formulated in any passages of the Old Testament, the principle “an eye for an eye, a tooth for a tooth” is implied by numerous texts.

(Interestingly enough, it can also be found in the writings of many allegedly enlightened modern secularists).

So if he really literally meant we ought to literally obey the Law then he was literally inconsistent.

Such a cognitive dissonance could perhaps be understandable for a Jew of his time unwilling to deny the validity of what was considered as a divine tradition.

But I doubt that Jesus was inconsistent in that respect, I believe He really meant that love is the ground of everything AND that the law was fulfilled in Him, perhaps in a metaphoric way.

I’m still struggling to understand Jesus attitude towards the Law.

But we can be quite sure that Love was the foundation of his entire ethic even if he might have been culturally unwilling to let go of the inspiration of the Law, the logical implications of his central teachings notwithstanding.

7 thoughts on “The Central Message of Jesus”