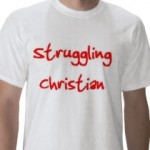 I received this interesting and touching email.

” I grew up Anglican and live in Canada.  I now have a wife (she is Japanese and agnostic) and two kids.  Ever since I can remember I’ve always believed and prayed to God.  But it was recently that I truly stated to question a lot things about what I believed, such as the hell topic, the hiddenness of God, the problem of evil, and the apparent errant texts in the bible.
As I stated, I am very much troubled by certain texts of the bible, in particular the violent acts attributed to God, including the genocidal commands, the killing the Egyptian firstborns, the killing of David’s newborn, the burning of Sodom and Gomorah, the flood, etc, etc.

So what am I to make of these texts?  Do I simple ignore them and assume they are false?  If so why did Jesus appear to regard the OT scriptures as sacred?

Any insights you can provide are truly appreciated.

I am incredibly thankful to Geoff for his terrific email which raises many fundamental questions that are all too often shoved aside by Conservative Christians.

I find it extremely healthy to start questioning and critically examining one’s faith, as I pointed out in one of my first blog posts, this is all what progressive Christianity is about.

I am sure, however, that I won’t be able to provide him with final answers. All I can do here is giving him some advice and insights which will hopefully help him make up his own mind.

The problem of Biblical atrocities

Moral indignation against certain Biblical passages is far from being a phenomenon of our enlightened age.

Several Church Fathers in the first centuries of Christianity recognized the stark contrast between Christ’s teaching (on the one hand) and the moral message conveyed by some texts in the Old Testament on the other hand.

Gregory of Nissa wrote:
“The Egyptian [Pharaoh] is unjust, and instead of him, his punishment falls upon his newborn child, who
on account of his infant age is unable to discern what is good and what is not good … If such a one now
pays the penalty of his father’s evil, where is justice? Where is piety? Where is holiness? Where is
Ezekiel, who cries … “The son should not suffer for the sin of the father?” How can history so contradict
reason?”
C.S. Lewis (who is almost universally admired by Evangelicals) did not share their belief in Biblical inerrancy and had this to say about the genocide depicted in the book of Joshua:

“Yes. On my view one must apply something of the same sort of explanation to, say, the atrocities (and treacheries) of Joshua. I see the grave danger we run by doing so; but the dangers of believing in a God whom we cannot but regard as evil, and then, in mere terrified flattery calling Him ‘good’ and worshiping Him, is still greater danger. The ultimate question is whether the doctrine of the goodness of God or that of the inerrancy of Scriptures is to prevail when they conflict. I think the doctrine of the goodness of God is the more certain of the two. Indeed, only that doctrine renders this worship of Him obligatory or even permissible.

To this some will reply ‘ah, but we are fallen and don’t recognize good when we see it.’ But God Himself does not say that we are as fallen as all that. He constantly, in Scripture, appeals to our conscience: ‘Why do ye not of yourselves judge what is right?’ — ‘What fault hath my people found in me?’ And so on. Socrates’ answer to Euthyphro is used in Christian form by Hooker. Things are not good because God commands them; God commands certain things because he sees them to be good. (In other words, the Divine Will is the obedient servant to the Divine Reason.) The opposite view (Ockham’s, Paley’s) leads to an absurdity. If ‘good’ means ‘what God wills’ then to say ‘God is good’ can mean only ‘God wills what he wills.’ Which is equally true of you or me or Judas or Satan.”

Salvaging the dogma of Biblical inerrancy

Conservative Evangelicalism is founded on the rock of the Chicago statement on inerrancy, according to which everything a Biblical writer intended to convey is entirely free of errors.

As a consequence, Conservative Evangelicals have developed two kinds of strategies for dealing with putative moral atrocities found in the Bible.

The first consists of calling into question the moral intuition underlying our rejection of certain passages (when interpreted straightforwardly).

William Lane Craig is a great example of that approach. He tried to argue on philosophical grounds that God is not bounded by any moral obligations and has the right to kill an entire wicked people if He so wishes.

As Randal Rauser argued, his arguments utterly fails to establish that the slaughter of the Canaanite was not an atrocity.

The second Evangelical strategy consists of arguing that we cannot take the offending texts at face value and that if we interpret them correctly, we will see that they are really not as morally problematic as one could think.

Philospher Paul Copan champions this method. The problem is that he often has to resort to far-fetched interpretations and assumptions or rewrite the Bible, as argued by Thom Stark.

To paraphrase Evangelical pastor and theologian Greg Boyd, both strategies are (at best) only able to make the God depicted by the terror texts look a bit less horrible.

A shift of paradigm concerning inspiration

To my mind, such strategies are akin to seeking to cure a cancer by using pain killers. It might temporarily alleviate the pain but does nothing to heal the underlying disease which is still progressing and going to cause many other ordeals.

I think that the Evangelical way to look at the Bible has to be overturned and that one should consider Biblical authors in the same way other Christian and Jewish authors are seen.

Let us consider John Wesley, Martin Luther, C.S. Lewis, the Church Fathers or many missionaries. The fact that they were not inerrant and that God did not directly speak to them does nothing to cancel the value of their testimonies, experiences and theological insights.

It also does nothing to show that they did not experience God’s miraculous intervention.

Viewing the Biblical writings as thoughts about God rather than as the direct voice of the Almighty certainly greatly alleviate the problems of atrocities they endorsed.

Like Christians between 300 A.C. often got God wrong, writers of the OT and the NT also made culturally conditioned mistakes and misinterpreted the divine will.

This is why we cannot base our theology on the Bible (which speaks with many conflicting voices to begin with) but on God’s ultimate moral perfection, as C.S. Lewis expressed it in the quote above.

If we do so, we will often realize that (most) Biblical authors were not evil and were often progressive for their time, even if their ethic fell short (objectively speaking).

And it is from their very experience and progresses we can learn as Christians.

Jesus view of the Bible

This leads us to the most problematic question, namely what Jesus thought about the Hebrew Bible. Did he not consider it to be inerrant in the same way modern Evangelicals do?

I have three important points to make about this.

Incarnation does not mean infallibility

Viewing the earthly Jesus as almighty and all-knowing is not only unnecessary but also flies in the face of the Biblical texts.

As theologian Kenton Spark put it:

“Though theologians seldom point this out, the fact that Jesus operated mainly within the horizon of his
finite human horizon has other implications. If we assume for the sake of discussion that he was a
carpenter like his father, did he ever miss the nail with his hammer? Hit his thumb? Did he think that he left
his saw on the bench when, because he was distracted, he actually leaned it against the wall? Did Jesus
ever look across a crowded town square and think that he saw his brother James only to discover that it
was someone else? And did he estimate that the crowd was about 300 when it was really 200? To confess
that Jesus was fully human is to admit that the answer to these questions must be yes. “

“The problem is that this imputes a bizarre psychology to Jesus which undermines the humanity of Jesus, separating it drastically from the common human experience it is meant to emulate. Consequently, it has nothing to commend it. In conclusion, we are far better off accepting that Jesus had at least one, and likely an indeterminate number, of false theological beliefs, so long as there are no false theological beliefs of soteriological import among them.”

Like all Jews of His time, Jesus probably wrongly held to some kind of Biblical infallibility. To my mind this is a real defeater against Christianity only if you view His revelation as absolute moral and intellectual knowledge, which is an assumption I reject.

Jesus view on infallibility and the meaning of the incarnation

Whatever it was, it cannot be the Chicago view (i.e. what the authors really expressed) since the central message of Christ flies in the face of many problematic passages in the OT.

(There is a nice post on the blog of Peter Enns I could not unfortunately find).

I take N.T. Wright’s view that the incarnation means that Jesus became God’s new temple and the Almighty showed us His true face through the life, death and resurrection of His Son.

Therefore God’s revelation through Jesus is not (primarily) propositional knowledge but a narration.

I think that we must view the Bible as part of the experience of God’s people which is centered in the life of Christ.

Consequently, we should edify ourselves with the Bible in the same way we build ourselves up through other Jewish and Christian authors, i.e. by seeing what we can learn from their own experiences while always taking into account their historical background for understanding them. The presence of scientific, historical and moral errors are no indication that their experiences were not genuine.

Now all I could write was a sketch and I completely accept the fact that many people won’t be convinced by my views.

I have one main advice for Geoff: follow your own conscience wherever it leads.

If you find my  answers untenable and cease to be a Christian, you would much more honor God in this way than by faking a faith you cannot have and experiencing cognitive dissonance.

And as perfectly loving and just, God is never going to condemn a honest person who could no longer believe in Him due to the evil in the world and confusions He Himself allowed.

I wish you all the best for your spiritual journey which must be authentically yours.

47 thoughts on “Advice for a struggling Christian”