My heart is grieving when I’m reading such things about the situation in Uganda and other African countries.

Why the surprise at learning how much evangelicals hate gay people?

There’s been a lot of chatter around the Internet lately from Christians who, thanks to the World Vision debacle, have been surprised to learn just how deeply the evangelical right despises gay people.

How can that possibly be a surprise to anyone? Where in “You’re going to hell because God deplores you!” does anyone see even a hint of affection or respect?

The evangelical right’s attitude toward gay people has always been about pure hatred. The Bible’s just an excuse (and a shallow one at that) for that hatred.

Why does anyone think that so many of us out here have been fighting so hard for so long to bring a new and freaking better Christianity into the world? LGBT people get beaten. They get killed. They get spat upon. They get run over. They get doused with gasoline and lit on fire. They get bullied so ferociously that they kill themselves rather than suffer another moment of it.

Those things don’t happen sometimes. They don’t happen every once in a while. They happen all the time, all over the world. And it’s all perpetrated in the name of Christianity. If you believe that the Bible teaches God condemns to hell all “unrepentant” gay people, then why wouldn’t you pound to death every gay person you saw? Doing so would be doing God’s work, by extending God’s will into the world. That’s what Christians are supposed to do.

We need a new Christianity. And we need it now. (I defined one, by the way. This shit’s not complicated.) And I think one of the first things we also need to do is be very clear about the fact that no one who believes that God finds gay people morally reprehensible is, in fact, a Christian.

They’re just not, okay? Saying “I’m a Christian, and gay people are going to hell” is like saying, “I’m a feminist, and women should remain pregnant and obey their husbands,” or “I’m not a racist, and white people should own black people.” One automatically cancels out the other.

No one gets to declare that they follow the Prince of Peace while at the same time declaring that gay people deserve to be burned alive forever. I don’t care who you are, or how respectable you pretend to be: that pig doesn’t fly. Ignorant bigotry is ignorant bigotry, whether it’s wearing a tie or not. I know it. You know it. And God sure as hell knows it.

These people honor me with their lips, but their hearts are far away from me. They worship me in vain; their teachings are but rules taught by men.

To which Jesus then adds his own words:

You have let go of the commands of God and are holding on to the traditions of men.

In a war people choose sides. They have to, because they realize that not doing so will only cause more death and suffering.

If you’re a Christian who is just now realizing that you are part of the problem if you don’t refute the Christian right with anywhere near the vigor with which they so horrendously persecute gay people, then hallelujah for World Vision’s ignorant cowardice.

The middle ground is where people fall and die. Stop standing there. Come to our side. Join us in fighting the good fight. We who know that the Bible does not condemn gay people will win this fight, because God is always on the side of what is right and just.

The sooner you join the winning team, the better for all. And most certainly the better for you, should you have to, say, answer to God tomorrow for why you waited.

And make a NALT video already.

I don’t hate Conservative Evangelicals. I don’t feel (in general) that I am a better person than them. But I am so worn down after seeing what they are doing in Christ’s name.

John Shore is right that if you believe that God is going to eternally torture most homosexuals, why should we not as well tolerate and even support violence against them?
I am disgusted by the Conservative evangelical attitude towards homosexuals and how they fail to consider Jesus priorities.

I want them to repent and sincerely begin to try loving their gay neighbors.

I pray for all Gays, Christians and non-Christians, who are being persecuted for the way they were born. May the Father equip you with courage.

And I pray that God’s love will be poured down into the hearts of their oppressors. 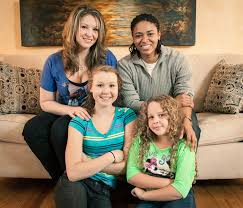 45 thoughts on “A disheartening state of affairs: homosexual-hating Christians.”