I’m now reading for the second time in 4 months an amazing book by Steven Pressfield, The War of Art: Break Through the Blocks and Win Your Inner Creative Battles. Pressfield is probably best known for being the author of  The Legend of Bagger Vance.

I’m reading the book–again–because I am having trouble breaking through the blocks to win my inner creative battle.

For me that creative battle is sitting down to write. For others it is painting, dieting, exercise, education, entrepreneurial ventures–pretty much anything you deep down want to do but, for some reason, feel blocked from doing.

Pressfield names this block, this destructive force, “Resistance,” and his explanation for what Resistance is, why we all have it, and what can be done about it is brilliantly insightful and at times snortingly HIGH-larious. The dude is funny.

For me at least, virtually every page has a quotable sentence or paragraph–beginning already in the preface written by Robert McKee, who describes his own creative paralysis: “Some years ago I was as blocked as a Calcutta sewer…” (p. ii).

I want to share with you a quote from one portion of the book that struck me in particular: “Resistance and

Fundamentalism” (pp. 33-37). You have to read the whole book up to this point to catch the full impact, but even on its own, you might find this very insightful.

Pressfield, by the way, does not have Christian fundamentalism specifically in his sights (though one can hardly be blamed for making that connection). Pressfield is addressing any sort fundamentlist outlook on life, i.e., that which is hostile to the life of art/creativity.

This quote is from pp. 34-36 and I have maintained Pressfield’s paragraph divisions.

Fundamentalism is the philosophy of the powerless, the conquered, the displaced and the dispossessed. Its spawning ground is the wreckage of political and military defeat, as Hebrew fundamentalism arose during the Babylonian captivity, as white Christian fundamentalism appeared in the American South during Reconstruction, as the notion of the Master Race evolved in Germany following World War I. In such desperate times, the vanquished race would perish without a doctrine that restored hope and pride. Islamic fundamentalism ascends from the same landscape of despair and possesses the same tremendous and potent appeal.

What exactly is this despair? It is the despair of freedom. The dislocation and emasculation experienced by the individual cut free from the familiar and comforting structures of the tribe and the clan, the village and the family.

It is the state of modern life.

The fundamentalists (or, more accurately, the beleaguered individual who comes to embrace fundamentalism) cannot stand freedom. He cannot find his way into the future, so he retreats to the past. He returns in imagination to the glory days of his race and seeks to reconstitute both of them and himself in their purer, more virtuous light. He gets back to basics. To fundamentals.

Fundamentalism and art are mutually exclusive. There is no such thing as fundamentalist art. This does not mean that the fundamentalist is not creative. Rather, his creativity is inverted.  He creates destruction. Even the structures he builds, his schools and networks of organization, are dedicated to annihilation, of his enemies and of himself.

But the fundamentalist reserves his greatest creativity for the fashioning of Satan, the image of his foe, in opposition to which he defines and gives meaning to his own life. Like the artist, the fundamentalist experiences Resistance. He experiences it as temptation to sin. Resistance to the fundamentalist is the call of the Evil one, seeking to seduce him from his virtue. The fundamentalist is consumed with Satan, whom he loves as he loves death. Is it coincidence that the suicide bombers of the World Trade Center frequented strip clubs during their training, or that they conceived of their reward as a squadron of virgin brides and the license to ravish them in the fleshpots of heaven?….

To combat the call of sin, i.e., Resistance, plunges either into action or into the study of sacred texts. He loses himself in these, much as the artist does in the process of creation. The difference is that while the one looks forward, hoping to create a better world, the other looks backward, seeking to return to a purer world from which he and all have fallen.

My response follows.
Thanks Peter for having shared this wonderful quote!

Being myself a (struggling) writer, it touches me in many ways.

You’re entirely right that fundamentalism is characterized by a willingness to DESTROY one’s foe rather than trying to construct anything, it is always directed towards villains who ought to be unconditionally despised and often even hated.

It is completely true that it hinders creativity from springing up, as the infamous “Left Behind” novels illustrate all too readily.

But given the cognitive dissonance and emotional ordeal faced by Christian fundamentalists, it isn’t astounding at all they cannot genuinely create anything.

If you believe that God is going to eternally torture the large majority of human beings owing to a sinful nature they’ve never asked for, it is obvious that expressing your (God-given) creativity will occupy a pretty low position in your list of priorities.

As I once spoke with a Conservative Evangelical pastor about starting cultural activities for promoting the regional language of my homeland (Lorraine Franconian, a German dialect) he answered me at once:
“The time God granted us is limited and this isn’t going to save any additional soul!”

It cannot be denied that mainstream Conservative Evangelical beliefs have a profoundly harmful effect on our very humanity, transforming us into instrumental salvation machines .

Now, I want to go into another type of fundamentalists, namely militant atheism who interestingly enough turns out to be mostly populated by former religious fundies.

They also divide reality into two camps (religious and non-religious) and are convinced that the most urgent priority of mankind should be to utterly wipe out religion from the face of the earth.
If you spend time looking at their websites and blogs, you’ll see striking parallels between their sub-culture and fundamentalism as described by Pressfield, i.e. the same kind of narrow-mindedness and instrumentalism. 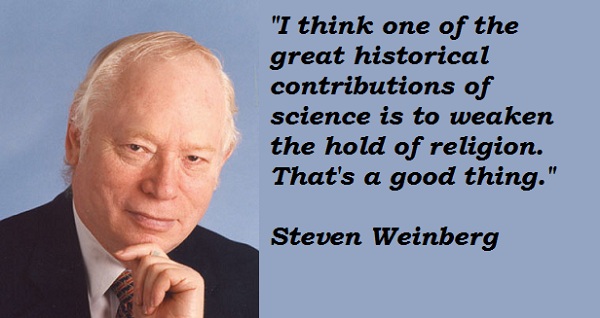 38 thoughts on “How fundamentalism hinders creativity from unfolding”