This book aims at providing liberal Christians no longer able to believe in most elements of traditional Christianity an useful resource for finding a faith and an identity.

It heavily relies on the ideas of some influential members of the Jesus Seminar such as Marcus Borg and John Dominic Crossan.

They rightly observe that the extent of our love for our fellow human beings is going to hugely depend on our view of God, called Gottesbild in German. They are correct that many theologies hinders justice from unfolding within our earthly world.

They emphasize that the return of Jesus is NOW and that isn’t punitive. 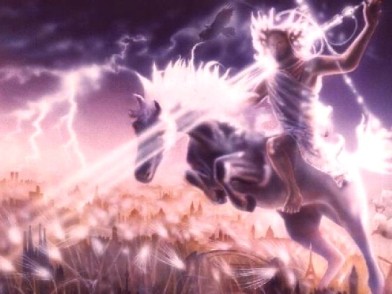 Light isn’t Jesus but Jesus is part of the light. The authors often speak of “Cosmic Christ” in that concept.

There are no personal sins, all sins ” meaning “missing the mark” ” are committed against one’s human and natural environment.

Paul himself was a mystic who perhaps went as far as requiring all other Christians to become mystics.

God’s covenant of Justice was not about vanquishing our personal sin but inviting us into a new community of distributive justice.

The natural man cannot participate in just social and economical systems, he needs to be born anew vis a vis these unjust structures

They rightly point out one can find conflicting interpretations of God’s moral nature in the Bible and side with Jesus who did not use violence against the Roman occupants.

They are also appalled by the fact many American leaders orient their politics towards Israel according to their literal interpretation of the last books of the New Testament.

They swap the faith notion they’ve grown up with “suspension of belief” with “Commitment to Justice”.

They also sharply advocate the separation between the Church and the State because unhealthy interaction can begin taking place otherwise.

Rejection of the supernatural

“God” has become the Cosmos which necessarily means there will be no second coming.

The Great Evolution we’re a part of replaces the incarnation. The resurrection is  a metaphor expressing the fact that our universe is a symbiotic system where one part dies so that all the others may live.

The authors seem to frequently confuse the word “Postmodernism” (which means a great skepticism towards ALL knowledge claims) which Modernism according to which we live in an objectively existing universe utterly bereft of meaning.

There is nothing outside of the world defined by cosmology.

The New Covenant should be between Humanity and Nature which is called “God” in the latter case.

We ought to reinterpret our resurrection imagery because today we “know that nobody rise from the dead”.

We should therefore rather see the Easter Hope as a political transformation of extraordinary scope.

They speak of “the love and compassion of the universe”  but this is completely absurd. A complex material bunch of particles cannot feel anything, let alone convey anything relatively close to compassion.

Given this definition of God, the phrase is “God gives all to all” is technically correct but also terribly incomplete:  it also entails that God gives cancer, genocide, aids and starvation without any chance for the victims to get their suffering compensated.

Thus a faith in the “goodness” of the created order seems to be nothing more than an irrational leap in the dark.

When they write that “those who love their enemies have no enemy” , this seems to be nothing more than a semantic trick since the  person hating them hasn’t most of the time lowered his hatred.

The authors try to paraphrase the apostle Paul in Corinthian 13 as follows:

“We are not pitiful if we are raised for the new social order”.

The problem is that it is an astronomical watering-down of Paul’s statement back then.

According to Sea Raven et al. there will be no vindication for all those who have laid their life for Justice’s sake. Their elementary particles will soon get back to the still emptiness of an indifferent universe which will have quickly forgotten them.

On contrast, the first Christians hoped on a God who would vindicate every one of them personally.

I think that what theologian  Francis Schaeffer wrote about the liberal theologians of his days is still valid in that context:

I have no doubt that the authors of this book are kind people who really strive for making the world a better place. And in that respect they  might be far closer to Christ than countless culture warriors who neglect the works of social justice.

That said, I cannot view them as Christians because they neither believe in an afterlife nor in a personal God which are the hallmarks of the Christian hope. I think they have rightly pointed up many problems with the conservative Christianity they come from, but I don’t believe that rejecting the miraculous nature of our faith is necessary or sufficient for handling this problem.

The hope yearned by a world in a disastrous state is that for a perfectly good God, even if this causes the problem of evil of reconciling His just and loving Nature with what one can observe around us.

Disclaimer: I received this book through a generous offer of Speakeasy. I confirm I reviewed this book objectively.

33 thoughts on “Theology from Exile”