On this page, I want to gather all materials I’ve published on anti-theism 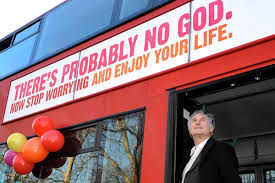 This is meant as an index of contents and is not the appropriate place for posting any kind of comments.

In “On the difference between atheists, antitheists, Evangelicals and fundamentalists” I define what I mean by a militant atheist (or “New Atheist” or Antitheist) and think this fits rather well the way most New Atheists view themselves and are perceived by outsiders.

It is important to note that if you don’t fulfill my definition, many of my coming criticism won’t necessarily concern you.

In “The New Atheism as a hate group” I argue that the New Atheists are driven by the very same hatred which dominates the mind of political extremists.

I think it is the case because (mostly American) anti-theists have kept a fundamentalistic mindset while evaluating the morality of Biblical books.

They ignore most of the time results from historical-critical scholarship and implicitly assert that if one finds atrocities at ONE page of the Bible, then the whole Bible is an evil book comparable to Mein Kampf.

Examples of this utterly irrational way of thinking can be found here:
“A perfect example of ANTI-theistic irrationality”
“Tribalism, love and God’s shameless ploy: a response to Cyngus and Valdobiade”
“How to rationally criticize a religion: the origin of misogyny”

In “New Atheism, Child Abuse and Deception: a Response to Tildeb”,  I responded to the claim that ALL forms of religious education are abusive for children.

“On the delusion of Crude and Lotharson: a response to Tildeb” is a further refutation of the same person.

The New Atheists constantly pick and choose their weakest adversaries and deceitfully assert that religious faith (in general) means pretending to know things you don’t know.

In “Faith, Richard Dawkins and Peter Boghossian“, I debunk this claim and point out that only a minority of believers hold fast to that notion.

I interviewed sociologist David Marshall on this and other false claims of militant atheists:

“The truth about the New Atheism: an interview with David Marshall”
I also analyzed several anti-theistic pamphlets where some of the leaders call their followers to use emotional bullying and verbal violence against ALL religious believers.

Finally, I want to point out there are MANY tolerant atheists out there who don’t bully all religious believers, such as the Irish Atheist: “Tolerant progressive atheists.”

This list will be progressively updated as new posts come in.