Stefan Hartmann is one of the most prominent scholars who deal with the philosophy of probability.

In an interview for the university of Munich, he went into a well-known faith story of the Old Testament in order to illustrate some concepts in a provoking way.

Interviewer: let us start at the very beginning in the Old Testament. In the Book of Genesis, God reveals to hundred-years old Abraham that he’d become father. Why shall Abraham believe this?

Hartmann: if we get a new information and wonder how we should integrate it into our belief system, we start out analysing it according to different criteria.
Three of them are especially important: the initial plausibility of the new information, the coherence of the new information and the reliability of the information source.
These factors often point towards the same direction, but sometimes there are tensions. Like in this example.
We have to do with a highly reliable source, namely God who always says the Truth.
However, the information itself is very implausible, hundred-years old people don’t get children. And it is incoherent: becoming a father at the age of hundred doesn’t match our belief system.
Now we have to weigh out all these considerations and come to a decision about whether or not we should take this information in to our belief system. When God speaks, we are left with no choice but to do that. But if anyone else were to come up with this information, we’d presumably not do it, because the missing coherence and the lacking plausibility would be overwhelming.
The problem for epistemology consists of how to weigh out these three factors against each other. 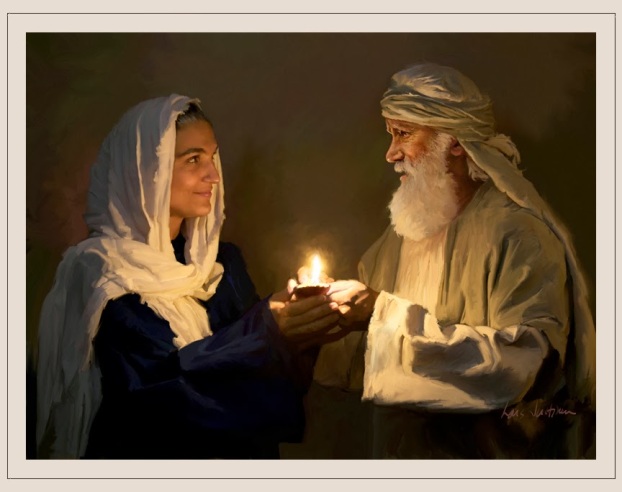 It must be clearly emphasised that neither the interviewer nor Hartmann believe in the historicity of this story between God and Abraham. It is only used as an illustration for epistemological (i.e. knowledge-related) problems.

As a progressive Christian, I consider that this written tradition has shown up rather late so that its historical foundations are uncertain.

Still, from the standpoint of the philosophy of religion it represents a vital text and lies at the very core of the “leap of faith” of Danish philosopher Søren Kierkegaard. For that reason, I want to go into Hartmann’s interpretation for I believe that it illustrates a widespread misunderstanding among modern intellectuals.

I am concerned with the following sentence I underscored:

“However, the information itself is very implausible, hundred-years old people don’t get children. And it is incoherent: becoming a father at the age of hundred doesn’t match our belief system. ”

According to Hartmann’s explanation, it looks like as if the Lord had told to Abraham: “Soon you’ll get a kid in a wholly natural way.”

And in that case I can figure out why there would be a logical conflict.

But this isn’t what we find in the original narrative:

– New information:a mighty supernatural being promised to Abraham that he would become father through a miracle.

Put that way, there is no longer any obvious logical tension.

The “father of faith” can only conclude out of his prior experience (and that of countless other people) that such an event would be extremely unlikely under purely natural circumstances.

This doesn’t say anything about God’s abilities to bring about the promised son in another way.

Interestingly enough, one could say the same thing about advanced aliens who would make the same assertion.

The utter natural implausibility of such a birth is absolutely no argument against the possibility that superior creatures might be able to perform it.

Did ancient people believe in miracles because they didn’t understand well natural processes?

A closely related misconception consists of thinking that religious people from the past believed in miracles because their knowledge of the laws of Nature was extremely limited.

As C.S. Lewis pointed out, it is misleading to say that the first Christians believed in the virgin birth of Jesus because they didn’t know how pregnancy works.

On the contrary, they were very well aware of these states of affairs and viewed this event as God’s intervention for that very reason.

Saint Joseph would not have come to the thought of repudiating his fiancée if he hadn’t known that a pregnancy without prior sexual intercourses goes against the laws of nature.

Although professor Hartmann is doubtlessly an extremely intelligent person, I think he missed the main point.

Are we open to the existence of a God whose actions do not always correspond to the regular patterns of nature? And whose preferences might not always been understood by human reason?

But as progressive Evangelical theologian Randal Rauser argued, I think that the true epistemological and moral conflict only begins when God demands Abraham many years later to sacrifice his son, which overthrows very deep moral intuitions.

Like the earlier German philosopher Immanual Kant, Rauser strongly doubts that such a command is compatible with God’s perfection.