Militant atheists often present themselves as dispassionate and incredibly “bright” seekers of truth whose conclusions are always impartial and well grounded.

I think that nothing can be farther from the truth and I want to illustrate this trough the behavior of a very active American anti-theist.

John Loftus is a former fundamentalist who became an anti-theist and views it as his greatest purpose in life to “debunk Christianity“.

I sometimes agree with his criticism of fundamentalism and conservative Evangelicalism, but find that he most often utterly fails to address the position of his strongest opponent.

He has also made it perfectly clear that his goal is not to rationally examine religious topics but to use everything he can to reach “the end of Christianity”, like a perfect ideologist.

Consequently, he usually picks and chooses the worst passages of the Bible while picking and choosing their worst interpretations and concludes from that the whole Bible and Christianity in general is wicked.

(Click here to see another anti-theist using pretty much the same strategy).

So I was very surprised as I found  a blog post from him where he states the Bible teaches that hell means annihilation (the irreversible loss of one’s existence).

“Since I was able to question my Christian faith for the first time once I believed in Conditional Immortality or Annihilationism as the best Biblical description of hell, see here, I thought I’d offer a few brief notes on that view, from a Biblical perspective. I know there is a debate about this going on among Christian circles, but here are some of the things that those who dispute it must deal with:

“The Bible uses language of death and destruction, of ruin and perishing, when it speaks of the fate of the impenitent wicked. It uses the imagery of fire that consumes whatever is thrown into it.” But “linking together images of fire and destruction suggests annihilation. One receives the impression that ‘eternal punishment’ refers to a divine judgment whose results cannot be reversed rather than to the experience of endless torment (i.e. eternal punishing).” [Pinnock, Four Views of Hell, p. 144].

L.E. Froom claims that conditional immortality was generally accepted in the early church until its thinkers tried to wed Plato’s doctrine of the immortality of the soul to the teaching of the Bible.” [The Conditionalist Faith of Our Fathers, Herald Pub., 1966]. Biblically speaking, human beings are not immortal. God alone has immortality (I Tim. 6:16); well doers seek immortality (Rom. 2:7); immortality is brought to light through the gospel (2 Tim. 1:10); those in Christ will put on immortality (I Cor. 15:54), so that they now partake of the divine nature (2 Pet. 1:4).

If human beings don’t have immortality until they die in Christ when God grants it to them, then according to the Bible we cease to exist after we die. We are annhihilated, and that’s our punishment. And since according to the Bible God is judging us all along the way, there’s no need to believe that the figurative pictures of a great white throne judgement are literal events one can expect to experience, either.”

A far better defense of the concept this is the Biblical view of hell can be found in my interview with Chris Date.

Still, I was really stunned to have found that on the website of John. Annihilationism is a doctrine which is far more reconcilable with our moral intuitions than eternal torment, so it would have made more sense for John to defend the view the Bible really teaches that everyone of us will be literally tortured (as another member of DebunkingChristianity actually did). 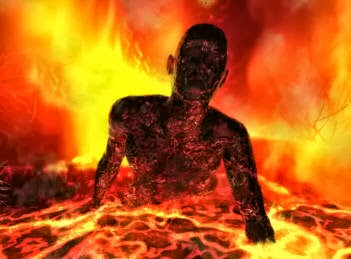 So, does that mean that John wrote this out of intellectual honesty even if this makes Christianity taste more palatable? This is what I first thought before I saw one of his comments on the website of Dr. Glenn People:

“My experience was that once I gave up an eternal hell it was a relief to me. Claim differently all you want to. But it allowed me to consider that I might be wrong without the threat of an eternal punishment.

And so the question remains whether annihilation will hurt or save the church. Without such a threat there is, well, no threat. It’s not quite the same as universalism but close. If all will be saved or if no one will suffer an eternal punishment then there is less motivation for missionary work or evangelism, and less of a need to preach correct doctrines rather than pop psychology which helps grow a church.

Without an eternal hell then another problem surfaces with the atonement? Typically the substitutionary doctrine says Jesus paid our punishment on the cross, but if there is less or no punishment then why did he need to do this at all? Why die to save human beings from extinction? To cease to exist is no punishment at all and therefore nothing to save anyone from.

I know you’ll answer these questions to your satisfaction, but these answers don’t satisfy me.”

So on average (according to Loftus) the doctrine of conditional immortality is a good thing because this would lead Christians to get less evangelistic and more willing to rationally question their faith.

I’ve grown convinced that John Loftus views everything as means to the end (of Christianity). As Randal Rauser wrote:

” Having just leafed quickly through it I was struck yet again by how much Loftus brought his Christian fundamentalism with him when he became an atheist. I see, for example, that his critique of Genesis 1-2 includes fundamentalist assumptions about reading ancient literature as a scientific account. Moreover, the book even ends with a “Commitment Page” (p. 467) in which Loftus asks the reader to sign their name that they are now an atheist committed to propagating atheism in the world. Once an evangelist, always an evangelist, I guess.

I hope to have a review of Loftus’ book sometime in August (I have two time sensitive reviews that I need to get out first).”

I think we can know beyond any reasonable doubt that John Loftus has remained a missionary fundamentalist. 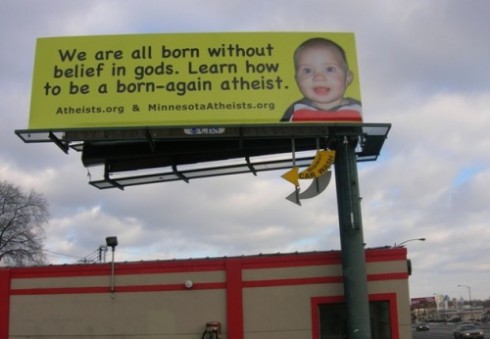 More generally, searching a reasonable conversation with an American anti-theist is akin to seeking a rational discussion with a far-left or far-right politician who is doing everything possible to bring about his or her reforms.

It is an utter waste of time and I advise all my fellow Christians (both Conservative and Progressive) to avoid wasting your time on such websites where mockery, bullying and ridicule are commonplace. If you feel outraged by something they wrote, write your response on your personal blog but don’t challenge them in their own lands.

I’m really glad that in France and Germany, one can find PLENTY of non-militant and tolerant intellectual atheists who are willing to engage in friendly and rational challenges with no ax to grind.

In a truly open society (as defined by Karl Popper) it should certainly be possible to discuss about worldview differences without getting disagreeable.