In a last post, I argued that materialism (the belief that everything which exists is reducible to particle and energy) is self-refuting because its truth itself cannot be identical to a bunch of interacting molecules. 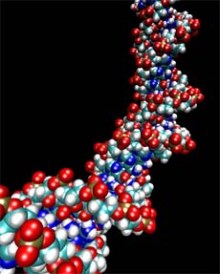 Several people told me my argument is fallacious because materialists believe that a “truth” does not objectively exist but is a subjective brain state corresponding to facts of the outside world.

That’s fair enough but what is the fact that materialism is identical to?

Normally the fact corresponding to a truth claim made it logically inevitable.

Take for example the truth S “The sun does not rotate around the earth”. The corresponding fact is the periodic movement of the earth around the sun. Given its reality, it naturally follows that S is true and it could not be otherwise.

Or take for example the truth C: most cats fear hounds. Given the brain states of most cats, C logically follows, and this fact is incompatible with C not being true.

Consider now the truth of materialism M: there is NO world containing non-material things.
The fact would be (for example)  the 10E+57754757785 particles of all existing universes.

But there is a huge problem here. The truth of materialism is not logically entailed by the particles themselves. For their existence is entirely compatible with the existence of a paralell world with non-material things.
I think that the problem lies in the words “everything” and “no other”. They  seem to be abstract concepts beyond the reach of materialism.

If I am right, it seems that materialists should give up their grandiose claims about the entire reality and limit themselves to definition such as “everything in our universe is reducible to matter.”

Now I am curious to see how I am going to be challenged, though I hope I am (at the very least) on to something 🙂