In a previous post (which newcomers should read), I went into the problem of subjective awareness (or consciousness). 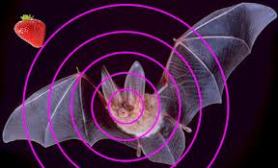 Like the great philosopher Thomas Nagel, I considered what a bat subjectively feels when it is sending out ultrasounds.
Try to imagine this for a few minutes.
I suppose that the large majority of my readers will acknowledge the fact they don’t have a clue what it feels like to be a bat in that particular situation.
But why is it the case, if this subjective feeling is nothing more than a complex physical phenomenon?

Nagel’s thought experiment consists in imagining a scientist of the future knowing absolutely all chemical and physical processes taking place in brain of the animal as it is emitting the ultrasound.

Would he know what the creature is experiencing?

But why is it so?

In the post I linked to I explain why this cannot lie in the fact that our brains are too different. To (modestly) quote myself:

“I’ve never understood how one can make sense of that in a materialist framework.
If the subjective experience is as material as the atoms of the chair I’m sitting on and the electrical processes of the computer I’m using, then why would a complete knowledge of physics allows me to know everything about both objects but not about the feelings of the animal?

Now materialists have answered me that no human scientist knowing everything could figure out what the bat feels because the human brain is not capable of processing such an amount of complex information.
Other materialists were more optimistic but seemed to recognize that there will always be a gap owing to the extreme complexity of the phenomenon and our own mental limitation.

At face value, such a response has a certain degree of plausibility

It is entirely true that the brain of living things are the most complex structure in the whole universe, far more complicated than a cluster of black holes taking over stars could ever be.

But there is a huge problem here. How on earth can a stupid bat be perfectly aware of its subjective experience, if it is something that our most brilliant scientists cannot (yet?) figure out?

I think that the following argument can be considered,

1) If the subjective experience of a bat is identical to a ensemble of brain processes, it is going to be extremely complex.

2) Our scientists could only be (partially) aware of this very complex processes if they disposed of much more knowledge than they currently do.

3) School children or anyone lacking the education, competence and physical knowledge cannot be aware of the experience.

4) A bat lacks all these attributes.

5) Yet a bat is perfectly aware of what it is feeling as it is sending out the ultrasound.

6) logically follows from all the steps.

How can a materialist react to this?

1) and 2) are the excuses they came up with for explaining away our utter lack of knowledge of the bat’s experience as it emits the ultrasound.

Therefore I think it is fair to say that materialists will have to deny 5): the bat is not perfectly aware of its subjective experience.

But given the definition of subjective consciousness, this amounts to asserting that the bat is not perfectly aware of what it is aware of. Therefore this would mean embracing eliminative materialism, which is the belief that there is no such thing as phenomenal consciousness.

There is no such thing as being a bat or a bee. Or, to use the phrase of the great materialist neurophilosopher Thomas Metzinger, we should accept “being nobody”.

(I’ve used “conscious” and “aware” as synonyms in the entire post).

Some people will certainly quibble with my use of the word “perfectly”. I think it is justified in this context, given the nature of our experienced feelings.
If I am in pain, I know perfectly well what I am experiencing, feeling or sensing.
If there are bodily processes I am not aware of, they don’t belong (by their very nature) to my subjective conscious experience.

Nevertheless, I think that if you replaced 5) by “Yet a bat knows much better what it is feeling as it is sending out the ultrasound than what our best current scientists can figure out”,  the argument and its conclusion would remain largely unchanged.

I have used the example of a bat, but any extraterrestrial creature being radically different from us in the some way would do the job too.

I have just realized that my argument could be stronger if one were to consider a self-conscious bat-like creature possessing the intelligence of a seven-years old average human (and presumably living on another planet).

Although it won’t probably convince everyone, I think that what I have outlined here is a decent philosophical argument.

Addition: saying that the conscious experience of the bat is a representation produced by its brain does not seem to solve the problem since a representation itself is an ensemble of extremely complex physical processes (according to materialists).