My regular readers know that I am deeply engaged for fostering tolerance towards homosexuals and overcome the notion that a committed and loving gay couple is necessarily wicked. 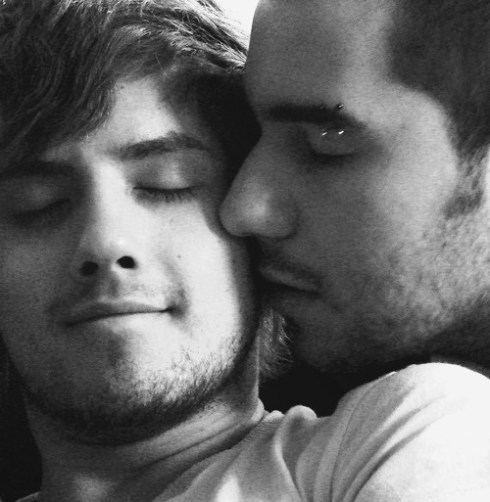 That said, I am often put off by the reprehensible strategies the liberal lobby use for promoting this desirable goal.

One recent example from Canada caught my intention:

Trinity Western University students must sign a covenant recognizing the sacredness of marriage between a man and a woman.

The Law Society of Upper Canada has voted 28 to 21 against the accreditation of Trinity Western University’s proposed new law school in B.C.

The vote means graduates from the B.C. university would not be able to practise in Ontario.

“Benchers took this issue very seriously, and did not find it easy to reach a decision,” said the Law Society of Upper Canada’s treasurer, in a written statement.

“As members of the legal profession, we recognize the entrenched values of Canada’s Charter of Rights and Freedoms, and Ontario’s Human Rights Code, including the right of equality and the right to freedom of religion, and the foundational nature of those rights to our democracy.”

Trinity Western University students must sign a strict Christian covenant governing behaviour, including abstaining from sexual intimacy “that violates the sacredness of marriage between a man and a woman.”

Critics say the covenant essentially bans anyone in a gay relationship from enrolling in the school.

But the B.C. Law Society voted to accredit the school.

However, that fight isn’t over.

Earlier this month, Victoria criminal lawyer Michael Mulligan launched a petition to trigger a vote to overturn the decision.

This week, Mulligan announced he had collected and submitted more than 1,000 signatures from B.C. lawyers opposed to the decision, more than twice the number required to trigger a vote.

That means the society has 60 days to hold a special general meeting to allow all members vote on the recent decision.

Mulligan believes the vast majority of lawyers take issue with the university’s covenant, which he says is at odds with a core principle of the lawyer’s oath to uphold the rights and freedoms of all according to the law, and will vote against it.

“Some of the benchers, while they spoke about finding the policies of this school as being, as I’ve indicated, as abhorrent and objectionable, some of them cast their vote thinking there was a legal requirement to do so.

“But the majority of the benchers in Ontario disagreed with the majority here, so it may well be influential.”

In December, the Federation of Law Societies of Canada gave Trinity Western University preliminary approval for its law school program and said it was up to provincial law societies to decide whether to recognize degrees from the school.

It is one thing to require from Canadian judges to sign a statement according to which they pledge to impartially apply Canadian laws, even if they find some of them objectionable.

But it is quite another thing to take legal measures for hindering or even preventing the employment of people having moral objections against Gay marriage, even if this might never play out during their professional life.

Imagine now a graduate from this university having no strong feelings on this issue and UNABLE to find a livelihood because his or her degree is no longer recognized.
Is it not an unjust punishment? Is not likely to turn her into a very resentful person?

By acting like this, the slaves of political correctness (I’m unwilling to call them “progressives”) prove they are the foes of an open society. They clearly display a fascistic mindset.

And I think this is a slippery slope.

While I am against the legal prohibition of abortion, I expressed why I consider it morally wrong when the health of the mother is not endangered, expressing a feeling many progressive Christians have towards what has been called “pregnancy cessation”, especially if mentally handicapped children are killed in this fashion.

I would not be that astonished if in one or two decades, the European Union were to issue a directive banning people from public jobs if they express such a view on the ground that it (allegedly) violate the right of a woman to dispose of her body.

Welcome to our brave new world where totalitarian laws are used to enforce “fundamental liberties”.