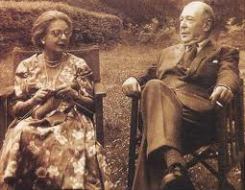 C.S Lewis was undoubtedly the greatest Christian apologist of the past century. Tough some of his points are certainly overstated, I do believe it is only fair to say he defended a rational form of Christianity which neglects neither the intellect nor the emotions.

One of his most famous arguments was the so-called trilemna concerning the person of Jesus of Nazareth.

Provided the New Testament reports about Jesus’s claims of being God are reliable, it is irrational to just consider Jesus as a wise teacher among many others. No, according to what he said about himself, he could only be the Lord of all things, a liar or a lunatic (LLL).

Whilst some enemies of the Christian faith have no problem with believing one of two last options, most skeptics have tried to dismiss the whole argument as being a false trilemna: Jesus might very well have been a great man who was just wrong with respect to his divinity.

While this response did have some intuitive appeal to me, I no longer believe it is valid. At the time of Jesus, Jews viewed God as the creator of heaven and earth who is radically different from and superior to the whole creation. After a long and progressive evolution during the time of the Old Testament, they finally saw God as the supreme being responsible for all the wonderful features of nature they could observe.

It is true that during the course of history, quite a few religious great men were (morally) exceptional individuals, even if they believed they were equipped with supernatural powers which were demonstrably absent, and this by no mean involves they were insane or even dishonest.

But this is a far cry from claiming to be the being responsible for the existence of everything.

Imagine that over the coming weeks you were to realize you’re beginning to take more and more seriously the idea you are the creator of the entire reality, which is nevertheless real and not a dream.

Would it not be a safe reaction to immediately go to the psychiatric unit of the next hospital? 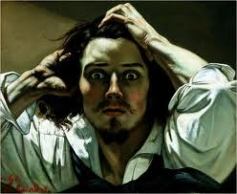 So, I believe that in spite of all the challenges formulated since Lewis brought up this idea, there has been no convincing answer.

Of course, all of this relies on the historicity of the divine claims of Jesus. In future posts, I’ll go into the question as to whether one can or even should believe this or not.