Materialism is the belief that matter is the ultimate reality, that is to say that everything is material so that there are no such things as souls or numbers.

In a previous post, I argued that materialism seems to be self-contradictory because the concept of “everything” appears to be irreducible to anything more fundamental.

In the following blog post, I want to reformulate my argument in a way that makes it easier to be analysed and criticised.

1) According to materialism, every truth corresponds to a material state of affairs independent of human language, i.e. a combination of interacting particles located in space and time.

2) But the truth of materialism itself cannot correspond to any such combination of spatially and temporally located interacting particles.

Consequently, you have to reject at least one of these to avoid the conclusion.

Can the truth of materialism correspond to a material state of affairs?

First of all, readers might be astounded by my assertion in 2). I shall try to lay out here what I mean by it.

The truth of materialism means that ALL things are material. This in itself consists of two conditions.

A) Entity 1, entity 2…entity n (whereby n can be infinite) are material, that is to say combinations of interacting particles located in time and space.

B) Entity 1, entity 2…entity n (whereby n can be infinite) are everything that exists.

This is illustrated in the following figure.

Materialism cannot just depend on condition A). For it not only entails that the entities in the circle are material but also that they are ALL THERE IS, so that there is NOTHING outside the circle.

And that very property can neither be located in space nor in time. Nor can it consist of 100,00; 10E+34 or any other number of particles.

What are truths under materialism?

This naturally leads us to examine claim 1).

All materialists are nominalists which means that they reject the existence of abstract objects (such as numbers) that they view as useful human conventions aiming at describing the natural world.

They also believe that truths such as “It is dangerous to drive after having drunk a bottle of Vodka in five minutes” are ultimately nothing more than the product of human language describing material states of affairs, i.e. a representation in our brains of facts of the external world.

In that particular case, there is nothing over and above the fact that almost every actual human being having ever been in that state is totally incapable of coordinating a complex activity such as steering a car.

Now, what would it mean to reject claim 1)?

A first option would be to reject my assertion that a material state of affairs has to be a combination of particles located in time and space. It is certainly true that materialism itself isn’t well defined. But all materialists I know believe there are no objects outside of time and space and I think that any view denying this would deserve another name altogether.

Finally, you can reject my claim that materialism implies that every truth corresponds to a material state of affairs. That might perhaps be the best way to defeat my argument.
But at the moment, I fail to see how this could make any sense. Basically, this would amount to saying: “Everything is material but certain truths go beyond the material world” which sounds self-contradictory to me.

So I am under the impression that materialism cannot possibly be true.

I’d certainly be glad to learn where you think my reasoning is mistaken.

Could material facts account for the non-existence of any immaterial realms?

Someone objected that I haven’t proven that “there exists no immaterial realms” cannot correspond to a complex set of material states of affairs.

For materialism to be true, there must not be any immaterial parallel realm which has never been and will never be connected with our universe and has no common origin with it.

Could the particles in our universe along with their physical properties render the existence of such a realm impossible ?

Now, the state of the elementary particles making up our universe can have no logical consequence on a realm of existence that has never interacted and will never interact with them and that does not share any common origin with them.

This just isn’t possible unless the particles have some metaphysical power and would, thus, cease to be physical particles.

So I think that premise 2) is the safest part of my reasoning. Regardless of their spatial distribution and energy levels, the elementary particles our universe (or multiverse) is composed of cannot account for the fact of there not being anything else.

Why can’t “everything is material” just be such a material fact?

Someone said that my argument is fundamentally flawed because “everything is material” is a perfectly fine material fact.

At this point, it is important to reflect on the role of language and truth. For a materialist, concepts such as numbers, triangles, everything or nothing are only useful human conventions aiming at describing the empirical world. According to materialism, every truth corresponds to a material state of affairs independent on human language such as the temperature distribution on the surface of the sun.

So the sentences “there are no immaterial realms“, “The material multiverse is all there is” etc. aren’t physical facts as explained in premise 2).

Instead, if they were true they would be metaphysical facts as they would go beyond the physical world.

Whenever we imagine that the universe (or multiverse) is all that there is, we consider “everything” and “nothing” to be real features of the external reality rather than mere human conventions.

In a previous post, I explained why I believe that materialism (the belief that matter is the only reality) cannot make sense of the truth of materialism. 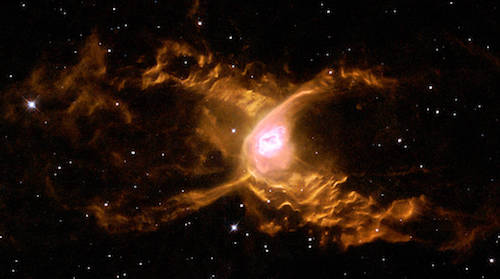 My reasoning was hard to follow and this prompted me to try to reformulate my argument.

According to Platonism, abstract objects not existing in space and time (such as numbers, mathematical operations, concepts such as “everything“, “nothing” etc.) are real and  necessary to talk about the world.

For instance, while considering the sentence

“All roses in my garden are red”

a Platonist will consider the words “all” and “red” as examples of abstract objects (or universals) which determine its truth or falsehood.

A Nominalist rejects the existence of abstract objects which are considered to be useful human conventions.

According to them, the above sentence can be rephrased as

thereby seemingly doing away with the indispensability of abstract concepts.

It is important to realise that the plausibility of Nominalism stands and falls with its ability to reformulate such statements without the use of any abstract objects.

If abstract objects can be shown to be indispensable to give a meaning to a true sentence describing the real world, Nominalism is false.

What is the truth of materialism?

Materialists MUST be Nominalists as they reject the existence of anything not located in space and time.

At face value, the truth of materialism can be expressed in different equivalent ways:
“Everything is material”
“There is nothing immaterial”
“If (any object)* A exists, A is material”

“If (any object)* A is real, A is material“.
…………..
But is there a way to formulate this proposition without (explicitly and implicitly) appealing to any abstract entities?

The sentences “there exists no such thing as the concept of existence” or “the concept of reality is not real” appear self-contradictory to me.

Note that I am not saying that the underlined words cannot be interpreted nominallistically in other situations.

But here it seems impossible to me to express the truth of materialism while only appealing to material entities.

Conversely, if non-material concepts are meaningless, so is the truth of materialism.

Are materialists cutting off the branch they are sitting on?

Another way of looking at this is to consider the  truth-value of  materialism, that is to say the state of affairs of the world that would make it true.

Suppose that 2 billions years later, our highly advanced descendants feel confident that they know everything that exists.

Would the state of affairs corresponding to materialism simply be: “Object 1 is material, object 2 is material…object N is material“?

It thus appears that as an ensemble, objects 1 to N must have a non-material property (namely that of exhaustiveness) that is not localised in time and space and cannot be identified with any set of interacting primary particles.

I’d be interested to learn if you think I’m wrong and that you know such formulations which do not merely shift the problem. Of course, one solution of the issue might be to use more modest definitions of materialism that do not try to convey the idea of “nothing else”.

If (any object) A is real, A is material

can simply be formulated as

If A is real, A is material.

This clearly raises questions about the implicit meaning of A.

If love exists, love is material

can obviously  not serve as the definition of materialism, although they naturally follow from its truth.

Nor can this role be played by the sentence

If Lyurmur exists, it is material

It is because of mathematical conventions and our use to them that we automatically assume that “A” in the original sentence means “any object having that property“.

It thus follows that we cannot do away with that concept in such a manner.

A creation of human brains

Someone answered that this isn’t a problem as “everything” can be viewed as an abstraction created by human brains.

The sentence “Fijhfhdfgx is blue” is meaningless without a concept of “Fijhfhdfgx“.

What is more, everything in that context can only mean “every OBJECT” as opposed to “every pineapple or “every wild bears”.

Replacing “every” by an enumeration
Someone suggested I could just replace “every” by an enumeration of all elements making up reality.
I also first thought of “everything” as a summation (U).
If all the materialist was claiming were that the objects KNOWN TO US are material, an enumeration such as
– This laptop is material
– This rose is material
– Donald Trump’s brain is material
….
would indeed be perfectly correct. The problem is that most materialists also include all potentially unknown object.And as such, the summation (U) will also have to explicitly mention
“and all potential objects we know nothing about are material“

so that the problem does remain the same.

This seems to be inevitable. Our descendants in 200 000 000 million years would also face the same problem as they too could not rule out the existence of unknown objects in, say, parallel universes.

So I remain convinced that phrases such as “and nothing else exists” cannot be replaced by any combinations of concrete objects.

Actually, in order to avoid a tautology (such as ‘all material things are material’), it appears to me that you must allow for the possibility that the object A could be non-material. And as such, A cannot be considered a physical thing of our universe from the outset without begging the question.