Click on one of the main topics below for finding all related posts.

Christ, God and the Son of Man

Biblical Scholar and historian Mike Licona about the resurrection: Did Jesus leave his grave behind?

Sociologist and historian David Marshall about militant atheism: The Truth about the New Atheism.

A prominent former Christian fundamentalist from Britain about his experiences:   Leaving fundamentalism: an interview with Jonny Scaramanga

An Unbelievable faith? An interview with Justin Brierley

The ordeal of progressive Christianity in America: an interview with social activist Michelle Morr Krabill.

The Definition of Christianity

On the Definition and Meaningfulness of Progressive Christianity

On the Inspiration of the Bible and other Books

The Central Message of Jesus

Advice for a struggling Christian

Solo Scriptura and the unique inspiration of the Protestant Canon

How NOT to be a progressive: using the law to shut down your opponents

Longing for a solid foundation for one’s faith

The ordeal of progressive Christianity in America

Culture war: On loving one’s enemy and winning an argument

The danger of inerrancy

Genocides in the Bible? An interview with Matt Flannagan.

Should an inerrant Bible be the very foundation of Christianity?

Renewing the Evangelical mind: an interview with Peter Enns

Is there such a thing as “Biblical” marriage?

On the Art of Picking and Choosing

When did God pick up His Wife?

On the nice and ugly sides of the Biblical God

Is there such a thing as “Biblical” marriage?

On the Sinfulness of Homosexuality?

Homosexuality, Polygamy and One Night Stands

On conservative Evangelicalism and homophoby

“Sinful” homosexuality and the Golden Rule

Who is my gay neighbor?

The Church against perversions

Pope Francis and the importance of fighting homosexuality

How to pervert the legitimate fight against homophobia

A Lesbian coming out as a committed Christian

Gay marriage and the fall of American civilization?

The New Atheism as a hate group

The link between religious fundamentalism and militant atheism

The faith of the New Atheists

On the delusion of Crude and Lotharson: a response to Tildeb

Burning the Bible in the name of Reason?

How to rationally criticize a religion: the origin of misogyny

John Loftus and the instrumental mindset

The truth about the New Atheism: an interview with David Marshall

Bullying in the name of Reason and Science

On studying Religion without binary thinking and overgeneralization

Selling one’s soul to the cult of Dawkins

New Atheism, Child Abuse and Deception: a Response to Tildeb

Tribalism, love and God’s shameless ploy: a response to Cyngus and Valdobiade

Are all atheists immoral fools refusing to believe?

The trilemna of C.S. Lewis

The transcendental Argument for God’s existence

Can materialism be meaningful?

Does the progress of science vindicate naturalism?

Should a materialist be an eliminativist?

Probabilities and a magical disproof of God’s existence

God and the argument from external cause

God and the cause of the universe

Did Jesus leave his grave behind? An interview with Mike Licona.

An Unbelievable faith? An interview with Justin Brierley

On the Compatibility of Materialism and Moral Realism

The Greatness of the Apostle Paul

On the burden of proof of the atheist

Is John Loftus a consistent biological robot? Can he avoid redefinitions?

Does the absence of evidence mean evidence of absence?

Can all religions be true?

Christian exlusivism and the problem of divine hiddenness

On “objective” statistics and political propaganda

Can all our beliefs be based on evidence?

On God’s hiddenness and the nature of faith

On the ontology of the objective Bayesian probability interpretation

A mathematical proof of Bayesianism?

The crazy bookmaker and the Cult of probability

On the probability of evolution

Probabilities and a magical disproof of God’s existence

Deconstructing the Popular Use of Occam’s Razor

Ockham’s razor, the Origin of the Universe and the Search for an Airtight Argument

A mathematical proof of Ockham’s razor?

On the feeling of a lonesome bat

Should a materialist be an eliminativist?

Can materialism be meaningful?

Can we define the truth of materialism?

On the Compatibility of Materialism and Moral Realism

The sad testimony of the daughter of a Calvinist apologist

Recovering from the Conservative apologetic industry

How fundamentalism hinders creativity from unfolding

On Biblical inerrancy and the priorities of fundamentalists

The main root of religious evil

The Advice of a Former Christian to Religious Apologists

Are all atheists wicked fools hurtling towards hell?

A short introduction to Calvinism

Naked Calvinism: on the sinful nature of man and Genesis

Naked Calvinism: the secret will of God

Naked Calvinism: why the difference between single and double predestination does not matter

Naked Calvinism: a reformed preacher at the doors of heaven and hell.

Predestined to eternally suffer? An interview with philosopher Jerry Walls

On the definition of Socialism

Petition against an egregious evil in Florida

On the virtue of being pro-death

On upholding inhumanity and some ethical implications

On the war on drugs, cannabis and schizophrenia

Austerity or how to screw both the economy and the poor

Do lower classes vote against their own interests?

On Syria and Western imperialism

Edward Snowden isn’t welcome at all in Germany

Is America becoming a police state?

A chaos spawned by America

The day America will become a true civilization

Fostering Justice on the battle fields of the Culture War

Something to meditate upon

Out of Eden: are we approaching a Golden Era?

Blogging as a spiritual experience

Could it be true?

CreationWiki, evolution and the inerrant Bible

Young earth creationism and the demise of Christianity

The cave where death never was

Reclaiming female ministry within the Church

Complementarianism, egalitarianism and the differences between men and women

Egalitarianism and complementarism, statistics and exceptions

Gender equality and the liberal agenda 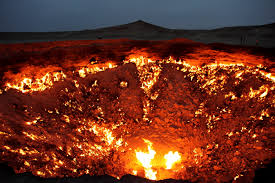 Do we posses an eternal soul?

Do we have a soul (according to the Bible)?

Eternal hell and conditional immortality: an interview with Chris Date

The dark side of destiny

On hell and cognitive dissonances

On hell and a psychopatic mindset

Hell, Motivations and Reasons for Believing in God

God’s love and the question of universal reconciliation

The tentative apologist and the friendly atheist discuss about heaven

Intelligent design, eternal torment and the restoration of everything: an interview with Kevin Miller

Yearning for the end of the world?

The end is at hand: New Testament prophecies and the future of the world

Abortion and the pride of the Western world

On the war on abortion and incitment to terrorism

How to be CONSISTENTLY pro-life or pro-death

The Myth of the Good Alien: on Skeptical Wishful Thinking

The reincarnation of a WW2 pilot?

Racism has no color: an affront against political correctness.

On anti-white racism and extraordinary claims

The confessions of a heretical progressive

How so-called “leftists” react to heresies

Was this tragedy caused by anti-black racism?

Have sexism and racism lost any meaning?

Christ, God and the Son of Man

Was Jesus just your average Joe?

Did Jesus think he was God?

On Luther, Hitler and Religious Confusion

The Problem of Evil revisited by Lotharson

Can one forgive a non-forgetful man?

15 thoughts on “Thematic list of ALL posts on this blog”